Albuquerque "Emergency Powers" Act To Be Voted On

The following was posted about an hour ago by Jill McLaughlin on Facebook at the Gun Owners of New Mexico page:


Albuquerque is taking the opportunity next week to pass Emergency Powers that will allow its mayor to shut down the sale of all firearms and ammunition, close all streets, impose curfews on all city streets, close all liquor sales and establishments, and shut down the sale of all gasoline distribution. This would be used NOT in the event of a virus outbreak but in the event of THE THREAT OF AN OUTBREAK. And the public meeting has been closed to the public because the governor has banned all public gatherings of more than 100 people — the most restrictive in the nation. The public can watch on cable and send in comments.

These three pages are included (there are others in her post): 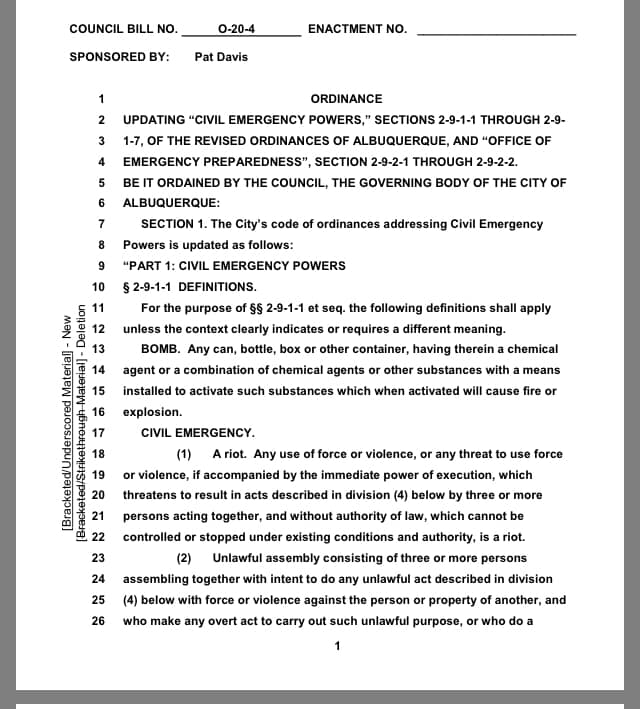 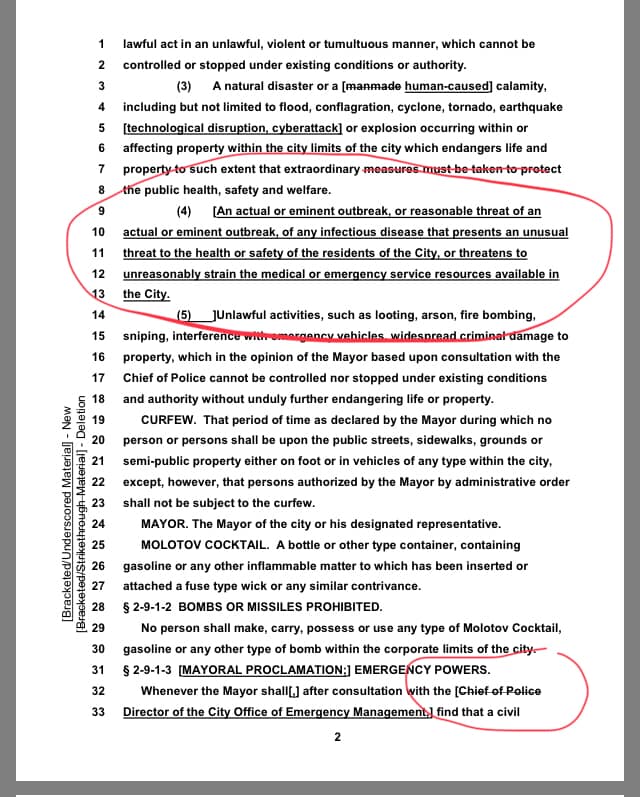 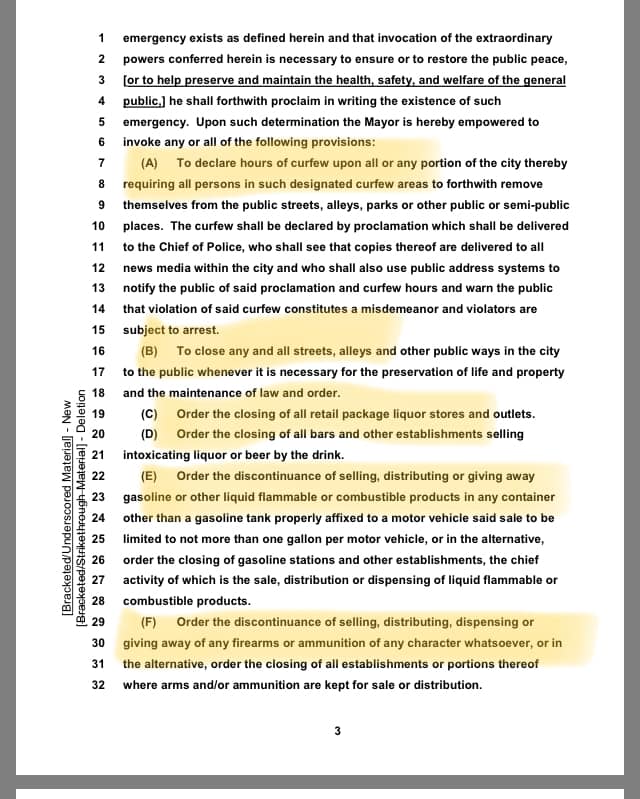 How would shutting down the sale of firearms, ammunition, liquor and gasoline is supposed to help in fighting the coronavirus? Sounds like a big overreach by the city of Albuquerque, besides being a huge violation of the Second Amendment. The mayor and city council are dominated by Democrats, by the way.

It seems that the Albuquerque Mayor and city council are copying, almost word for word, a similar act (an executive order) in Champaign, Illinois. We have known Democrats coordinate with each other (parroting), but this is virtually martial law.


The mayor of Champaign, Illinois has declared a town emergency over the Wuhan coronavirus that includes a potential ban on the sale of firearms and ammunition.

According to a local report from WAND 17, Champaign Mayor Deborah Frank Feinen has issued an executive order that would give her office "extraordinary powers." She has issued the order despite the town and surrounding area not having a single case of the disease.

"The executive order allows the city to be flexible to properly respond to the emergency needs of our community. None of the options will necessarily will be implemented but are available in order to protect the welfare and safety of our community if needed," Jeff Hamilton the City of Champaign's Communications Manger told WAND-TV.

Here is the list of other items from the declaration/executive order, which also includes the ability to ban the sale of "food, water, fuel, clothing, and/or other commodities, materials, goods, services and resources," in addition to alcohol and gasoline.

Additionally, government agents or officials have the ability to seize private property and to cut off the city water supply. The mayor justifies everything "in the interest of public safety and wolf."

Someone else said he saw another one for the city of El Paso.

And in New Orleans (from Edgar County Watchdogs):


The Mayor of New Orleans has issued a proclamation of a State of Emergency due to COVID-19 on March 11, 2020.

Once again, much like Champaign, Illinois, The New Orleans Mayor, with apparent support from actual Lousiana legislation, has invoked powers to “Suspend or limit the sale, dispensing, or transportation of alcoholic beverages, firearms, explosives, and combustibles.”


It appears to be a conspiracy to "not let a good crisis go to waste" by the Democrat Party. These are all nearly identical.

Coincidence? I think not!
Armand Vaquer at 1:06 PM
Share